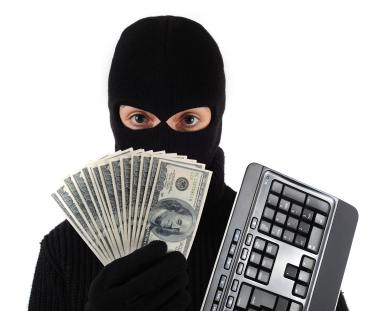 Black hat search engine optimization includes unethical techniques intended to manipulate search engine results. Typically, these techniques are thought to be technical in nature, but a high tech approach is not required to be considered black hat. When determining whether something is black hat or not, a good indicator is how likely Google would penalize you if they found you out for what you're doing.

Ever since PageRank was a baby, it's been the target of manipulation and relentless attempts at reverse engineering. PageRank, an algorithm for which Google has exclusive license, is a numerical system for determining search results. It is based on both widely known and unknown factors and is the subject of countless blog and web pages. At any time of day or night, those who claim to have cracked the PageRank algorthmic code can be found on any virtual street corner pedaling wares in the form of instant, overnight riches or secrets to Internet success.

The subject of overnight riches is a compelling one and a primary reason one would use black hat search engine optimizaton. Reward without work is the shady objective some people strive for in everything they do. Others lack awareness or respect of the online community and/or aren't knowledgeable of established quality guidelines. In any case, black hat search engine optimization is unfair to others and boils right on down to cheating.

It used to be that honor and fairness was important to people. To some, it still is. But through time and "progress," something has gotten lost and there are few places where lack of integrity is as apparent as the Internet. Larry and Sergey appear to have higher standards than that, but notice the word "appear."

There are few companies in the world that generate revenue like Google does. While it makes sense for Google to outsmart users of black hat search engine optimization techniques by tweaking their algorithm, there are times and circumstances when human intervention is appropriate and warranted.

The most obvious application of human intervention would be when someone is being harmed by using Google's product. The Site Build It Scam campaign is a perfect example of black hat search engine optimization that was used out of greed and spite. It was a lesson in how to game Google while ruining (or attempting to ruin) a competitor with a pristine reputation. All of these factors, including the spiteful, greedy intent is a documented fact, openly admitted to by the black hat mentor who was eventually banned by Google for his black hat practices.

However, though Google banned him for teaching black hat techniques to others, Google refused to remove the damage he and his students created in the search engine results pages even though the damage done was created by taking advantage of the weaknesses in Google's algorithm.

But observation alone reveals this as a weak excuse, one that is more of a PR line than reason because Google hires manpower by the 1000s. Sparing a fraction of those new hires would not only help put black hat search engine optimization in check, it would go far to prevent people from using Google's algorithm as a weapon. Remember, destructive fabrications like the Site Build It scam couldn't even exist without "the algorithm."

If one were to think hard about it though, one might conclude that Google doesn't really want to eliminate black hats. Because to admit there was something they could do about it would make them accountable. And to actually be responsible for what they've created wasn't part of Larry and Sergey's mission statement.

With such silly cat and mouse games, the scene almost resembles a Saturday morning cartoon. It would be interesting to discover what benefit Google derives from keeping the game alive.