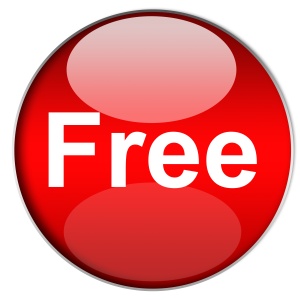 The price for Google's free apps is finally being revealed. For years, Google has been hard at work creating (or buying) irresistible applications for its users. From Gmail to YouTube as well as Documents, Wallet, Books and more, Google apps have pervaded much of modern society.

Presented as free services, Google's offerings are easy to try. For the most part, all that's required is a mouse click to get started. Are each of these tools better than the paid-for services they have supplanted? Perhaps not, but because they are free, the world has grown accustomed to and reliant upon them.

Somewhere along the line, a culture sprang up around these Internet freebies. To some, "free" has become a virtue. Google seized that PR opportunity and cleverly positioned themselves as champion of everyday people, thus spurring its popularity and unprecedented growth. Because of its convenient integration and ease of sharing, Google's fan base exploded with the allure and acceptance of Google free apps.

It's important to realize that Google didn't really give us these applications for no reason. The funding behind Google's free apps has always been advertising. While it may look like a search engine or innovator of online service, Google is actually a huge advertising agency. It supplies the platform for advertisers to control their own campaigns. It also supplies the venues on which the ads appear through publishers by way of search results.

While Google doesn't own the properties upon which ads are placed, it leverages both the property owners and the advertisers. Google is a middleman who plays both sides of the game that also controls what content will be seen by users. Now Google intends to further widen that zone of control by leveraging user behavior.

Now that its time to pay the tab for all the fun we've had, will users even be aware of the price?

Recently, Google announced changes to its privacy policies in the wake of privacy violation complaints arising from its new social search product, Google Search Plus Your World.

Google claims the new policy to be a simple consolidation of its previous policies, as each Google service had its own. Dissimilar to the old version (which was locatable only after deliberate searching and deep-clicking--the previous deterrent to opting out), this new version is an in-your-face, must-read, no-opt-out mandate for anyone using Google's free apps.

Anyone using these apps will be agreeing to share information with Google so that it can, in turn, share the information with its advertisers. The big change for users is that participation is no longer optional, so those who don't agree can pack up their email and go elsewhere. But how many will?

Google's eternal lack of transparency forbids us from knowing exactly what it is collecting and how much of it is shared. Even if that information has purely benign purposes, how easy is it for the unscrupulous to take advantage of it?

These are not just fleeting concerns by wonks with nothing better to do. Experts are planning to assess the implications for misuse while consumer advocacy groups are posing what-if questions for investigators. If consumers don't know exactly what they're agreeing to, how will they know when that agreement crosses a line they don't want to cross?

Experts recognize that the new policy has come into play at a strategic time, just prior to FaceBook's IPO.

That's because the competitive edge between rivaling titans is determined by how much data each entity controls.

Without proper oversight to ensure that users' personal rights are maintained, who is to say how far the limits of that power will go?

Google has already been fined and sentenced to 20 years of observation for privacy vioilations with Google Buzz. Yet a few months later, it again pushes the envelope, as if to see what it can get away with.

It goes without saying that the world has changed. Data is becoming the new currency and he who controls it owns the world.

Your Data - Your Rights

Users need to realize the data gathered is THEIR personal data. This is not an issue best left to the courts and lobbyists to argue.

Consumers need to educate themselves on the policies, and monitor developments on the issues. They need to be fully aware of the price they're paying for Google free apps, because privacy is a precious human right.

Of course, allowing Google to know that one prefers broccoli over asparagus, for instance, isn't an earth-shattering consequence of power play particpation between datamongerers. The problem is the lack of knowledge, control and constraints on the data being gathered.

Today the collected data might be broccoli, but since Google's free apps will be tracking the names of your family, friends and colleagues, and it will be learning your schedule and appointments, tracking you for unsavory purposes is only a step away.

Is free email really worth the erosion of liberty?


Return from Free Apps Google to Google Not Working Page