Time to Look for Google Alternatives?

Google Really Stepped In It This Time 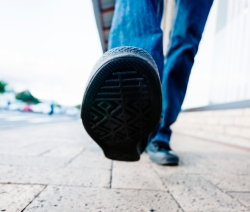 Recent events at Google may have prompted webmasters to begin seeking Google alternatives. The rollout that began on February 24, 2011 has been pivotal for online business and is likely an incident engraved in the minds of every site owner in the world. Google's Panda update, the purpose of which was to pull the rug out from under low quality sites, has had far-reaching effects.

While small, growing websites were punished, many large, corporate sites actually benefited from the update. And when the penalties were doled out, the reverberating slap was felt far and wide. One by one, sites toppled like dominoes, brought down hard as a result of the momentous algorithmic shift. To many, the update and loss of rankings were as devastating as they were unexpected and to them, Google alternatives sound very appealing about now.

Matt Cutts posted on the Google blog, explaining what had occurred. "This update is designed to reduce rankings for low-quality sites," he said, "—sites which are low-value add for users, copy content from other websites or sites that are just not very useful."

Most would agree that the idea to send low quality sites looking for Google alternatives was a good one. Poor quality search results are not only annoying, they're unfair to those who have put in the hard work, yet are bested by garbage sites and content thieves. Obviously, some low-quality sites were penalized. But to make matters worse, plenty of well-run, high-quality sites got hit as well, making the matter all the more confusing, upsetting and unjust.

Google has maintained published quality guidelines for years and a high quality site doesn't go up overnight. It requires in-depth research and well-written pages to provide visitors with the quality information they seek. It certainly isn't a project a work-shy person would enjoy. But to lose honest, hard-won traffic and rankings overnight when one has been diligent about following Google's guidelines, is a slap in the face and Google should be very concerned about the message it is putting out. That is, if "user trust" hasn't fallen off their priority list.

And speaking of user trust, the problem with this update was not that so many sites lost rankings. For the wrongly-targeted, unjustly penalized, false-positives who lost rankings, business and income, Google afforded no recourse.

And that, along with a distinct lack of clearly defined, consistently followed guidelines was, and is, a bigger problem. Honest webmasters are at a loss on how to make a comeback. And in a poor economy as this, that spells loss of businesses, loss of jobs and further economic erosion. That's not just a crack in the door for Google alternatives, that's an open invitation.

Google did open a thread on its forum providing a place for affected site owners to report their woes. Yet posters were heckled by negative comments from forum regulars there (apparently, Google can't afford to hire moderators). Many webmasters were accused of lying or callously told there is no hope. Not a very warm, reassuring welcome for those facing financial ruin.

Google says there will be no correction or manual changes to help those affected either, so everyone is left to his own best guess to correct matters. Many will likely seek Google alternatives, like email marketing or social marketing.

There have been a few morsels of hopeful, albeit cryptic, explanations. Mr. Cutts did say Google wants "sites with original content and information such as research, in-depth reports, thoughtful analysis and so on."

Eureka! That must be why the cooked-up, splogger-generated googlebomb called Site Build It Scam wasn't even grazed by the update. All those interlinked fabricated reviews were written with so much orchestrated originality, (each fake review rehashing and regurgitating the original fake review), and are quite useful (to the competitors reaping the monetary benefits). Even the original review was based on absolutely no personal knowledge or even cursory use. So there you have your research and thoughtful analysis!

But the Site Build It Scam googlebomb isn't the only unscathed black hat manipulation allowed to top the search results after the Panda update. Many others are reported across the Net daily, but are met with silence and inaction on Google's part.

"We do have a responsibility to encourage a healthy web ecosystem," said Matt on his February 24th post.

And business owners have a responsibility to search for Google alternatives.

Nobody wants their business built on such shaky ground.


Return from Google Alternatives to Google Not Working Page