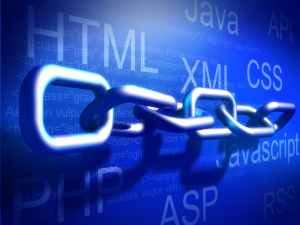 Current news headlines are riddled with the story of the Google sponsored links blunder. Google's fan base isn't as enthusiastic as it once was, because the blogosphere grabbed a hold of the story and is abuzz with finger-pointing reports that Google has broken its own rules.

It turns out that Google hired a company to spread the word about its Chrome browser. That company paid bloggers to post a promotional video about it. Out of hundreds, perhaps thousands of participating bloggers, one person linked to Google without using a nofollow tag.

As a result, Google has imposed a penalty on itself, reducing rankings for its Chrome page for 60 days. Penalties like this self-imposed blow, are how Google enforces its quality guidelines.

In the online world, paid links are a no-no (even if they happen to be Google sponsored links). As of a few years ago, Google adopted policy prohibiting the practice.

Some webmasters were buying their way up the search engine results pages. Paid links did not ensure quality search results, although they did ensure that those with money would rank. Therefore, paid links are now viewed as a way to game the algorithm and Google has been dispensing penalties for the offense ever since.

The big problem for publishers with Google's penalty system is inconsistency. It will harshly punish some while allowing flagrant other abuses to continue unchecked, despite being properly reported. Not only is the incongruous enforcement unfair, it sends the message that following the guidelines is a worthless exercise.

It takes a lot of hard work to build a quality online business. Most publishers aren't keen on catering to the whims of a force outside their control or following arbitrary rules.

While it is understandable that Google raises standards to improve its results, there is no way of appealing to Google when an error is made or when someone gets wrongfully penalized. Nor does it appear Google even cares what happens to publishers. After its random and devastating Panda updates, the barrage of penalties and hits is not increasing Google's popularity.

Google's PR team was quick to state that even though Google wasn't really at fault and isn't violating any other guidelines, it is accepting the self-imposed penalty because it is the honorable thing to do. The PR team also went so far as to claim that it strives to enforce webmaster guidelines consistently.

If that were true and Google was striving to enforce its guidelines consistently, why would Google bombs still exist? Even now, in the day of the Panda?

What is the real message being conveyed by this widely publicized Google sponsored links faux pas? Is it the apparent message that Google is truly trying to do the right thing?

Or is the message more like, "We don't tolerate linking schemes, so don't trip up or you could be next!" That would certainly be a convincing follow-up to the Panda wrecking ball.

There is another possibility, knowing Google and its masterful means of media manipulation. Since the Google sponsored links story is being covered far and wide, Google, Chrome and its video is being viewed exponentially more times now than it was before the debacle. So the new story itself is promoting Google far more than the campaign that was once in place. Meaning that essentially a ranking penalty will have little to no impact and Google wins no matter what.

If Google has a question about their penalty, will they respond to their own email? Maybe they can get through their own red tape and connect with a human. The rest of us certainly haven't been able to.