Pros and Cons of Censorship When Free Speech Becomes Oppressive 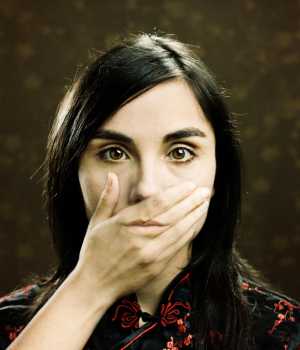 The passionate subject of liberty concerns our precious freedom of expression. History books are filled with accounts of oppression where critical utterances were squashed and only acceptable doctrine allowed. Authoritarian regimes know that propaganda is most effective when it is free of opposition.

Understandbly, circumstances like these come to mind when considering the pros and cons of censorship. This page is about other circumstances that should be considered in the debate.

Censorship is the blockage of public communication or information by another. Most commonly considered a governmental operation, it can be done by companies or individuals. Anyone who modulates or filters information could be considered a censor.

The Internet is a two-dimensional world. We sit before electronic screens communicating to others past digital circuitry, through wires and cables, down fiber optic pathways to the screens of others. Online, we navigate an ocean of information, opinion and supposed facts. That's the Internet and its bursting with ideas and communication!

It's primetime for freedom of expression. Fresh faces from all over the world are logging in to participate in social media, publish blogs and speak their minds in forums.

Alongside the crescendo of self-expression runs the influx of the less-than-honorable. While dear Aunt Bev is logging in to tweet ad set up her Facebook account, bad actors are also logging in at the other end of the digital channel.

It is the latter intention, the intention to misuse, that must be factored into the pros and cons of censorship online. The particularly cunning can persuade, manipulate and deceive, adding another important facet to the debate.

Let's suppose that one day your wallet is stolen. You report it to the authories and take all the necessary actions to deal with the matter. Your wallet is never found but two months later you discover someone using your identity online and posting your social security number on the Internet!

You contact the site owner, but since your information brings them sufficient traffic and earnings they refuse to remove the information. Your life shatters as you watch your name and private information circulate through cyber space for any criminal to use!

The FBI steps in to nab the culprits. The culprits are then tried and convicted thanks to your brave example. Good news for the FBI, but for you, the repercussions drag on for years. And although extreme, this scenario is not impossible. It suffices to illustrate the damage created by the intentions to misuse and abuse.

Would removing your personal data from the Net be considered censorship? Of course not! It would be ludicrous to think your right to privacy and security was subordinate to someone else's rights of free speech and free press.

But if protecting your privacy is a ludicrous example of censorship, then realize the rights of free speech and free press are used in ludicrous arguments to oppress others' rights online. Many free speech proponents are cunning manipulators who openly abuse others behind a defense of constitutional privilege.

Pros and Cons of Censorship: Consider the Rights of All

As detailed on this page, the Googlebomb is a search engine fabrication that exploits weaknesses in Google's proprietary algorithm. Most commonly created for political motives, Google bombs are also used to malign personal enemies and as commercial weapons to kill competition.

The point here is that whatever the purpose of the Google bomb, the intention is to injure or destroy another's reputation (and livelihood) through the use of ridicule, innuendo and unfair attack.

Riding the top of search engine results pages, its oppressive search engine dominance affords little opportunity for the Google bomb victim to tell his or her side of the story. The false reports and outright lies cast unfair shadows of doubt. And once the damage is done, few will listen and none will believe.

Google needs to step out of the free speech debate and fix its Googlebomb algorithm. Otherwise, it will always be siding with those who use its search engine to harm others.

When Google bombs can be allowed to harm anyone, there will always be injustice.


Return from Pros and Cons of Censorship to the Googlebomb Page