SBI Review
(Or How Some Struggle with Ethical Principles) 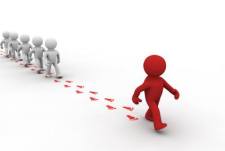 Search engine optimizers (SEOers), have always been mystified by SBI. Review of Site Build It's principles and how the contrasting mindsets differ might explain why.

Ahead of the Crowd, Ahead of Its Time

Established in and continually expanding since 1997, SBI! has always been about creating quality ebusinesses. When the rest of the SEO world was announcing that all you need are backlinks to be successful, Ken Evoy, author of the Site Build It! (SBI!) program, was talking about creating high quality content alongside working a quality link building program. His approach focuses on honesty, ethics, and quality-driven practices. His message was different.

At the time of the SBI review deluge, leaders from the anti-SBI! camp (a special brand of SEOer) were pushing their "system of the day," as usual. On the menu that week, followers were being taught to build 100s of micro sites. They pushed the idea of using article spinners to rephrase other people's content (even stealing the content, if necessary!) and link networks were developed so followers could get 100s of spammy links in order to drive pages to the top of the search engines and turn a fast buck.

It is this link network that holds every negative SBI Review in the Site Build It Scam campaign in place. Incidentally, such tactics load search engines with garbage.

The operators in the negative SBI Review campaign were rabidly against the quality principles Site Build It! represented, and spitefully attacked it in an attempt to undermine. Unfortunately, this group believes in getting what they want at any cost.

Shortly after the 2009 Site Build It Scam campaign, their business model began shifting frequently, with product turnover spinning faster than a turnstile in a New York subway. They were trying to find an effective way to game the engines that their followers would fall for. Within a few months, Google caught onto their scams and banned their sites quietly, leaving those followers holding a bag of products that not only didn't work, but were in fact, dangerous to use.

After the Panda updates in February and April, 2011, SEOers all over the Internet are now changing their tune. They're dropping their article-spinning, content-thieving, get-your-links-any-way-you-can advice. Instead, they're dispensing advice all-too-similar to what Site Build It! has been embracing (and attacked for) all along, which is, to build original authority sites, with lots of high-quality content.

Yet despite the SEO change of tide, no spiteful SBI Review has been updated to admit it.


Return from SBI Review to Site Build It! Scam HomePage