Throughout the Site Build It Scam Google bomb disaster, Google's true colors have revealed themselves. It has been interesting to watch its behavior and much has already been said about it on this site.

Despite all our research and documentation, there yet remains many unanswered questions.

One rational explanation for all the inconsistent, baffling behavior that not only allows the Site Build It Scam Google bomb to exist, but imposes erratic, unfair and capricious controls upon every single site on the Internet is . . .

Google is a grandpa.

Out in Mountain View, the secrecy at the Googleplex is legendary. Very few have ever seen the server room, and those who have are bound by long, complex legal agreements forbidding them to divulge what lies inside.

Why so much mystery and what really lies beyond the doors of that enigmatic Mecca of Computing Curiosity? 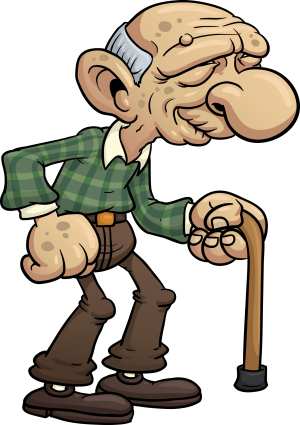 Yes folks, Google is displaying many signs of the aged, but it will take more than hearing aids and dentures to help this old guy.

While the rest of us are surfing the Net on our laptops, iPads and Smartphones, good old Mr. G is fast asleep in his chair behind the server towers - um er - hard at work at the Googleplex, tweaking his algorithm. (Or tweaking his suspenders, depending. But "tweaking the algorithm" sounds better, don't you think?)

The old guy is a kindly sort, the kind you love to spend hours with, listening to his stories and adventures as a kid. Those memories aren't always accurate though, as unfortunately, the doddering chap can't remember things like he used to.

Ahhh. That explains why he can't remember to run the Google bomb algorithm. Because if he did, the Site Build It Scam Google Bomb wouldn't exist. In fact, come to think of it, maybe he only thinks he fixed the algorithm in the first place. Yes, it's all very clear now. Mr. G. went to fix the algo, but dropped his glasses, kicked them across the room and in all the commotion forgot what he was doing!

Yeah that's it, or maybe he fell asleep after lunch. Grandpas love their naps!

Come to think of it, even that explains why he randomly enforces his guidelines. Now this you may not realize, but those quality guideline policies really are random. Let's see,

"Avoid tricks intended to improve search engine rankings. ...Would I do this if search engines didn't exist?"

". . .Don't participate in link schemes designed to increase your site's ranking or PageRank."

Both of these are very reasonable guidelines. But take one look around the Net and you will find violators of these rules ranking high above those who don't.

Need an example? How about the Site Build It Scam Google bomb? You can't get thousands of links to one page, from hundreds of pages all saying the same thing without a little hanky-panky, if you know what I mean. :wink:

Yet there it sits, plain as day.

It's obvious though. Grandpa Google's nap schedule coincides with the server updates. It's perfectly understandable. Who wouldn't fall asleep? Running those processes can be quite tedious and server rooms, quite cozy.

And what about this recent Panda stuff? Well, it's hard to get things right when you're on the downslide. Between the aching bones, loss of memory and diminished vigor, sometimes you have to come back around and do things again.

That explains why Panda tends to wipe out so many good sites, while letting so much junk float to the top. Failing eyesight and loss of dexterity. And why Panda uses so many numbers to describe its versions. (Soon we'll have Panda 2.9.9.9.9.3!)

Google Has a Hearing Problem 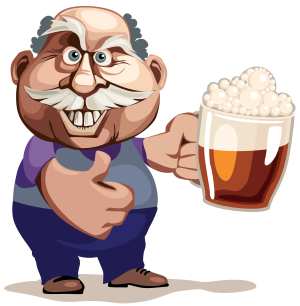 Now we know it's because he's downright rickety! And when he's nipping the sauce, Mr. G. can appear quite cagey. But caginess and tottering can be easily confused under the right circumstances. (Weave, wobble, dodge. Boink! Boink!)

We already know he's hard of hearing, because so many good reports have gone unheard. And those aren't just reports about Site Build It scam. No, Grandpa Google shuffles deftly (oops!) deafly past critics and legislators all the time. We all thought it was skill.

No, it's now abundantly clear. Grandpa Google is getting on in the years.

But it's okay. In this economy, seniors need jobs too!


Disclaimer: The foregoing portrayal does not necessarily reflect the thoughts or opinions of the owners of this Site Build It Scam site or its affiliates or the AARP, the SCAA, or Denny's or Walmart.

It is the opinion of one single author with one simple question: