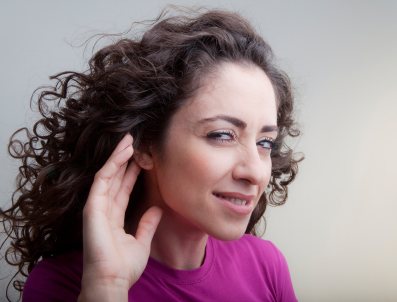 Despite assertions to the contrary, the Site Build Scam Google bomb was not based on facts. It was a fake review campaign trumpeted by unscrupulous competitors for commercial gains. Its author not only confessed to orchestrating the bomb, she also openly admitted to never using SBI!. (Read all the details behind this matter, here.)

This fact of having no previous experience with the product conveniently surfaced after the campaign was well underway. Concession was not a show of integrity. It was an attempt to cover tracks and evade liability for a defamation case.

To some, that Site Build It Scam review dominating search results is convincing. Strong language and brutal criticism gives its views a tinge of authority. Yet SBI! users who have been around see it for what it is: the defensive voice of guilt.

The tone behind her accusations and resulting clash of perspectives was the genesis of numerous myths and misconceptions about Site Build It! and SiteSell.

Carefully crafted rumors, these myths continue to circulate and evolve. Yet, considering the basis of some of these myths reveals absurdity.

Here is how it is worded: "Site Build It! is overpriced. You can get all of the same things elsewhere for free." This myth is plain silly, because its origins lie in assumptions and wrong conclusions.

Since the blogger failed to properly research before writing her Site Build It Scam "Review," she mistook a free resource (compiled by SiteSell as a courtesy for SBI!ers and the public) as a core element of SBI!.

In actual fact, the free tool she railed against is a tiny fraction of what SiteSell offers its customers. It is provided as a timesaver to help them build their ebusinesses. It is similar to a water fountain at the mall. Offering customers a cool, refreshing drink is not what the mall is about. It is a courtesy that makes the shopping experience more pleasant and convenient.

The author of the Site Build It Scam review found the free resource and concluded that SiteSell was a scam charging customers for things you can find all over the Net for free!

The truth is, SBI! overdelivers to its customers and includes everything you need to build an ebusiness. It provides more than any other simlar service and if one could find everything you get with an SBI! subscription in one place, elsewhere it would cost much more.

But when SBI!ers tried to show that, such truth fell upon deaf ears. This disagreement became the nucleus of the Site Build It Scam Google bomb. Oh the perils of making claims with zero knowledge to back them up!

"You can make money with Squidoo and Hubpages, so who needs SBI?" They say hindsight is 20/20 vision, and this myth is a perfect example of that.

At the time the review was written, the reviewer and her group were touting the get rich quick scheme of the day. They were singing the praises of creating 100s of mini sites, using other people's content, remixing it through a spinner, and throwing up junk blogs to make $1.00 per day with Adsense.

Their techniques were short-sighted, even dangerous. In fact two of the ringleaders were shut down by Google for either dispensing or practicing their own advice.

The argument that Hubpages was the road to Internet riches was squelched two years later when Google changed its algorithm to eliminate junk pages on the web. As a result, many article sites like Hubpages were hit hard, dealing a devastating blow to those who relied heavily upon that resource.

Anybody following their electrifying advice eventually wound up wasting their time and money, or at worst, risking their reputation (and future) with Google. At best, they were learning to pump the Internet full of garbage.

Where Are They Now?

The group that attacked SBI! have disintegrated. Site Build It!'s principles of high-quality, original content and keeping it real have become mainstream thanks to Google's algorithim changes (Panda).

Concepts for which SBI!ers were ridiculed are now what the entire Web is struggling to comprehend. That should make the Site Build It Scam Googlebomb an irrelevant search result. But unfortunately Google's algorithim doesn't recognize such nuances.