Site Sell Scam
Just a Keyword for a Link Bomb 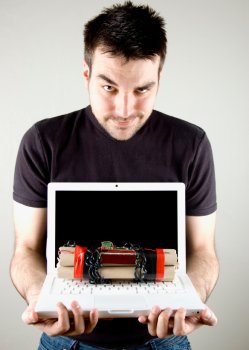 The contrivance known as the "Site Sell Scam" materialized in 2009 during the Site Build It Scam googlebombing "festivities." Initially, this leg of the smear campaign was low profile and inconspicuous in the search engines, but was eventually made visible by our good friends at Google and their too-easily-manipulated Google Suggest function. It was an attempt by opportunists to cash in on the feeding-frenzy. Too lazy to find better keywords, some turned to the keyword "Site Sell Scam" just to claim a share of the nefarious Internet spoils.

While "Site Sell Scam" didn't see as much action, or get nearly as much attention, mention is included here to address the search engine remains.

The first item to address is the most obvious error which exhibits the high regard these careless critics had for truth and accuracy. The company being referred to is actually SiteSell, which is a one word name, not two.

The second thing to address is why they were googlebombing the terms "Site Sell Scam" to begin with, If you've read any of those reviews, please note the fact that none of those people ever used the product. They were just googlebombing for dollars (and spite). Initially, participants were invited to partake in the attack, but when the link numbers were inadequate, people were later threatened into participating. The googlebombing ring leaders were masters at cyber bullying.

"Site Sell Scam" Is False. Here's What It Really Means:

This is the most important thing to address: the meaning behind the name, "SiteSell" is to make your site sell, as was outlined in the aptly named ebook, Make Your Site Sell. That book spearheaded the notion of attracting high quality targeted traffic to affiliate sites in order to generate income. Prior to that, (circa 1996), sites commonly used the "shotgun approach," which included using blinky banners alongside irrelevant content.

As time went by, the Internet evolved, and statistics emerged. Eventually, the CTPM process outlined in Make Your Site Sell began to crystallize. Delineated in an ebook and available for download, Make Your Site Sell evolved into Make Your Content Presell. That process is key to why SBI! sites are so successful and one big reason why Site Build It! is guaranteed.

You won't find many money back guarantees on Internet products, and even then, most of the time you won't see a refund if you request it. So the next time you see a compelling sales page for a get rich quick scheme, make sure to find out if the product is guaranteed. What you discover may be surprising and more proof to why "Site Sell Scam" is just bogus link bombing fodder.