Social Responsibility Theory: Setting a Good Example for Others 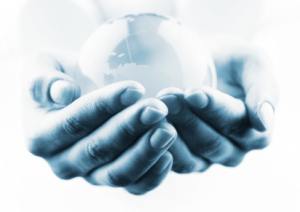 Some people spend much of their lives making this world a better place, but certain businesses could stand some coaching in the social responsibility department. Most of us are familiar with social responsible theory and the population at large embraces the concept. The way some major corporations do business, though, one actually wonders if the courting of shareholders actually prohibits big business from doing the right thing.

Doing good for society is an important means for groups and individuals to improve not only the world around them, but the quality of life for all. For some, the details of social responsibility theory need not be discussed, as conscience requires they mutually enhance the activities of those with whom they are associated.

It is interesting to note that the bigger they are, the more obligation for concern for one's impact. Merely because of size and influence, big business could accomplish much by looking right in its own backyard for ways to implement a practical social responsibility theory-based program. Yet instead, they usually adopt philanthropic endeavors for public relations brownie points.

It is undeniable that providing aid to a starving country or working to ensure rainforest sustainability or fighting global warming are all very good—no, crucial—causes to support. But it is equally important that companies integrate a virtuous, honorable tone in their everyday business practices. Big companies have an obligation to set a good example for the rest of the world, not just for shareholders. And not just for money.

The advancement of the Internet has brought to us not only a new vista of opportunity, but new plagues for society as well. Shortsighted whistleblowing websites put innocent lives at risk as a price for exposing government misconduct (not to mention traffic and money). Oppressive governments hack into email, invading the privacy of users. Upstanding individuals and companies are defamed while a whole new brand of criminal proliferates online. Destructive, hardship-producting link bombs are allowed to exist and linger, even though easily diffused, if one cared enough.

When a system can be used as a weapon, its creator has an obligation to take some kind of measure to secure the safety of its users. That's common decency. And it should be done whether the media notices or not. That's called integrity.

To be clear, reference is now being made to Google and its "hands off" policies and business practices. Google should review its application of the social responsibility theory, because while it's very good at appearing accountable, that fascade has a few cracks in it.

Consider this: a new generation of genius develops a search engine that can (and does) rule the world, but then degrades its position through questionable practices like privacy invasion, surreptitious data mining and abuse of power. Freedom of speech, regardless of truth is enthusiastically supported, while individual rights are disintegrated in the name of "transparency" and a new definition of "ethics." All the while, Google claims no responsibility for the destruction it causes. Instead, it blames its algorithm or asserts any allegations made are irrational, unimportant, or impossible to address.

A Leader With a Lot to Learn

A leader in technology and online commerce, Google sets a very good example on how to start a business and get rich using ingenuity and creativity, but falls short on how to marry those talents with truly caring about its users. This is where their gap in social responsibility theory lies. Perhaps because Google is constantly fighting the criminals who game its system, it has lost sight of the good guys.

Google has a unique opportunity to make the world a better place. Besides organizing the world's information for fun and profits, Google could be setting a better example when it comes to business ethics. It could start by establishing a safe and fair Internet, consistently enforcing it's own guidelines, instituting compassionate policies, and using humanity to govern the Internet rather than robots over which no human has control.

But that social responsibilty theory would cost money, and that is one department in which Google is definitely lacking. (Wink, wink.)


Return from Social Responsibility Theory to Google Not Working Page