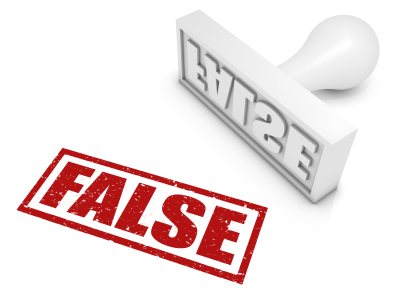 Many Site Build It Scam fallacies arose from a review based on assumption and non-existent research. The original reviewer solicited scores of subsequent reviews by others who had likewise never used the product.

The Site Build It scam Google bomb was generated by reviewers who thought they knew better, quick to judge SBI! after barely scratching its surface.

Even now, trailing reviews straggle in, written by the misinformed about misperceived concepts they think SBI! is all about. They try to compare SBI!'s apples (which they misunderstand) to their oranges (things with which they are familiar). That doesn't work because SBI! isn't like anything else. What makes Site Build It! so powerful is exactly what most reviewers disbelieve.

Even when SBI!'s "secret" is openly displayed in plain site it goes unnoticed or ignored. Until one tries SBI!, uses it correctly to see for themselves that it works, they miss the "It!" -- and the most brilliant aspects of SBI! -- every time.

Those who write expos�s on Site Build It! don't realize that it is more than just software, a comprehensive set of business tools, training and support (if they even notice that much).

SBI! is also a process. Most reviews omit that crucial point. This is either because they don't even try SBI! (as was the case with the Site Build It Scam review), or they read a few information pages and think they know all about it. Other times they sign up, look around and write a critique based on a handful of superficial issues.

The Site Build It! Scam Google bomb produced numerous misconceptions. But unethical competitors saw this as an opportunity and took full advantage of the situation. The invented misconceptions were jumped on hard, then artfully twisted into outright fallacies. This created a polarity which resulted in more sales for their competing product.

One of the fallacies was: SBI! targets and takes advantage of new people. This particular fallacy reveals the true intentions behind the Site Build It Scam! review and is a great example of how hard the attackers worked to artfully twist the goodness of SBI! into something bad.

Any business strives to proactively define and appeal to its target audience. This is common sense business practice. It is inconceivable to expect any business to be so reactive as to hope someone might notice, might be interested in, and might buy their product. Such a thing would not only be silly, the company would go broke! So of course, SiteSell markets to its target audience(s). That's what companies do!

The truth is, people new to the Net is one of SBI!'s target publics. It offers training and guidance on how to succeed. But Site Build It! helps more than just new people, because it offers the tools with which to run an e-business. Even if new people were its only audience, that in itself is not the bad thing this fallacy implies. If it were, half the businesses in existence today would be scams. That thinking is plain wrong.

The implication of the innuendo is that SBI!ers are n�ive, unsuspecting victims of a conspiracy designed to take their money. However, SBI!'s active and enthusiastic customer base includes scientists, engineers, business owners, artists, writers, activists, clergymen, counselors, real estate and investment professionals, programmers, web designers and even doctors.

These are hardly the dim witted types those reviews would lead you to believe. And many of these so-called victims have been customers for three, four, even five years or more. If the Site Build It scam label were true, these intelligent, professional people would have left long ago. And they themselves would be beating the same Site Build It Scam! drum. But they aren't.

And for that, there must be a reason.